Fred Ridgway:  In my own words!

As most of you know, or have at least have heard by now, on November 13th, 2013, I made my trip over the Rainbow Bridge.  If you are not sure what the “Rainbow Bridge” is, Google it.  I can tell you first hand, it really does exist!  I had a pretty good life and like all Rock-Stars, I felt I should have my own auto-biography.  So here it is…

The first seven or eight years of my life are kind of blurry.  I didn’t have a horrible life, but I wasn’t exactly living the dream either.  I spent a lot of time in jail.  Yes, I know you guys call them “crates”, but believe me, after spending 20 of 24 hours in there, day after day… you’d understand why it was more like jail!  So I grew up in New Jersey with a nice enough family.  The mom and dad were pretty cool.  But then the rug rats started showing up.  That’s when things started going downhill.  No one had time for the cute, loveable Bulldog anymore.  Then there was the divorce… it was time for me to find a new home!

I was introduced to a lovely woman; we’ll call her the “Bulldog Lady”.  She was part of the Mid-Atlantic Bulldog Rescue, a great organization, dedicated to saving my brothers and sisters who find themselves in situations similar to mine, and just need a second chance.  The Bulldog Lady brought a few people by to meet me.  She was trying hard, but she didn’t bring anyone cool.  Until one rainy Saturday…  She showed up with a guy named Steve.  As soon as I met Steve, I knew he’d make a really great “dad”.  It was a perfect match, right from the start.  I got to ride to my new home in style… in the Hummer!  I have to admit I was a little nervous on the way to Pennsylvania, but I really didn’t mean to poop on the seat… total accident!!  Steve handled it well, and I knew I was on the road to bigger and better things.

The Bulldog Lady kept telling everyone I had food, people,  and other dog aggression.  I didn’t have those things!  Try being in jail all day, and tell me how happy you’d be if someone were messing with your food or some strange dog was sniffing your butt.  Exactly! You’d be a little cranky too!  My new home was really nice.  It was just me and my new best friend, Steve.  I think the Bulldog Lady told him I needed to go to obedience school… I didn’t need school!  I just needed to be out of that damn crate all damn day.

At some point I met the “Dog Lady”, from Leader of the Pack.  I liked to call it “doggie day care”.  Man I liked that place.  The Dog Lady knows her stuff.  She told Steve she thought I’d make a great therapy dog.  Ummmm, I’m a very handsome Bulldog.  And everyone loves Bulldog’s… Duh!  Finally, I was headed on my path to becoming a real Rock-Star!   I just needed someone to love me for me, and I found that love from my new Dad.

Getting certified as a therapy dog was a walk in the park;  although, you all know I didn’t do parks, or walks for that matter.  Hell, I even had my own “ride” in the parades Steve would take me to.  Fred Ridgway was NOT a walker…everywhere I went, I went in style!  Oh, and speaking of style, I really hated when Steve traded the Cadillac in.  Man I loved that car!  Who could resist a smile when they would see me in the front seat of that shiny black piece of awesome??!!   I pretended I didn’t see all the people smiling, but I knew they couldn’t help it.

Working with the Therapy Dogs was a lot of fun.  I also really liked working with the CISM Team as well.  I was always the first out the door during activation.  It was a chance to ride in the car and you all know how much I loved that.  It was really the only time I moved quickly.  Every other time, I liked to move on what I call “Fred time”, which was about 95% slower than any of you!  I remember one activation with a bunch of Firemen.  After doing what I did best, I was really tired and just fell asleep in the middle of the room.  I may have been a little “gassy”, but come on!  Let’s see you eat that “food” and NOT become gassy!!  Not my fault!  I also really liked visiting the older gals in some of the nursing homes.  But what in God’s name was that smell?  I could have done without that.

Although I really loved when it was just me and Steve at home, I didn’t mind when he would go to visit his family.  I either got to visit with my friends at Sally’s house or with my Uncle Mike.  I could have done without all the pictures that ended up on Facebook though!  Seriously, who looks good in a Santa hat or New Year’s Eve party favors… save that stuff for the dumb cats!!  It seemed like everywhere I went everyone needed a little love from “Fredrick”.  It didn’t matter if I was at Allentown Comm Center, CISM group meetings, Cetronia Ambulance Corps, or the annual EMS conference in the Pocono’s… people would stop in their tracks and just say hello.   But I didn’t mind, I know you just needed a smile and I was happy to help you with that!  We needed each other I guess.

So that’s pretty much my story.  It was truly a pleasure to have met each and every one of you.  We don’t always know the reason, especially in the moment, but there was surely a reason.  From what I hear, I touched a lot of people.  I understand the Facebook post of my passing got nearly 200 “comments”.  Come on, that’s Rock-Star status!!  I appreciate every single one of them, as my best friend Steve really needed all of your support.

As most of you know Steve has been a volunteer with Cetronia for more than 30 years.  He has decided to give back to the organization that has given him so much over those 30 years.  Steve is asking for your support, in my memory, for contributions to  the new building at Cetronia.  Apparently, they are even going to name a room after me.  To help my best buddy Steve meet his goal and raise money for a great organization, go to http://www.cetronia.org/cetronia_9_9_1_giving_to_cetronia.html

It was a great “RIDE”… I’ll be waiting on the other side of the Rainbow Bridge… Stop and say Hi. 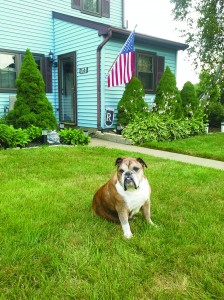 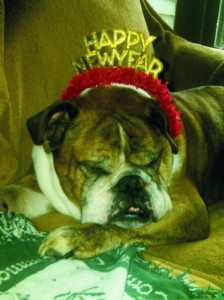